Silas Zschocke first had violin lessons when he was six. From the age of twelve he studied in Karlsruhe with Prof. Johannes Lüthy and Prof. Jörg-Wolfgang Jahn, and from 2012 to 2015 with Prof. Ina Kertscher at the Institute for Gifted Children of the University of Musik, Theater and Media in Hanover. Since the winter semester of 2015-16, Silas has studied in Prof. Tabea Zimmermann’s class at the Hanns Eisler University of Music in Berlin. He has also received valuable encouragement from Y. Bashmet, A. Tamestit, M. Pressler, L. Power, G. Karni, H. Rohde and R. Glassl, among others. Silas was awarded first prize in the Jugend Musiziert competition of the Federal Republic of Germany for solo viola and chamber music. In 2013 he received the Hans Sikorski Memorial Prize of the foundation Deutsche Stiftung Musikleben, in 2014 the Werner Stiefel Prize at the International Carl Flesch Academy in Baden-Baden.

Silas has performed as a soloist with many orchestras, including the Deutsche Kammerphilharmonie Bremen under Tung-Chieh Chuang, the Baden-Badener Philharmonie under Pavel Baleff, at the Marler Debut with the Bergische Symphoniker and at the Mozartfest in Schwetzingen with the Heidelberger Philharmoniker. Silas has scholarships from the Jürgen Ponto Foundation and the Deutsche Stiftung Musikleben. He is a member of the German Federal Youth Orchestra. As a prize winner in the 22nd competition of the German Musical Instrument Fund, since February 2014 Silas has played a viola by Haiko Seifert, Plauen 2014, owned by the Deutsche Stiftung Musikleben. 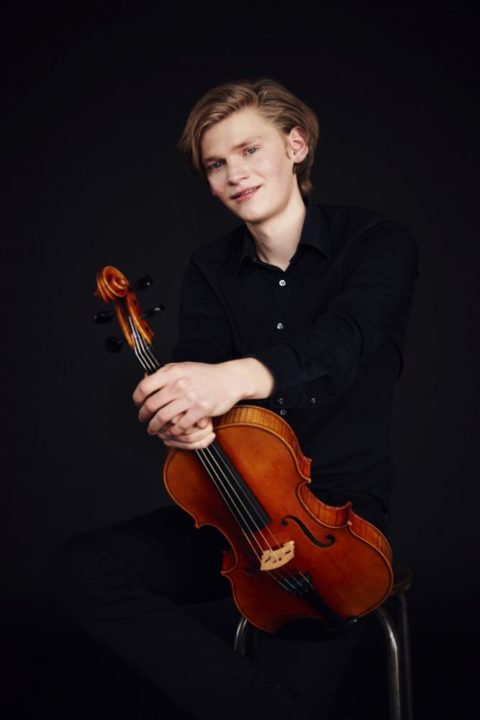 Since 2015: Studies at the Hochschule für Musik Hanns Eisler Berlin in the class of Prof. Tabea Zimmermann

2012 to 2015: Pre-college student at the Hochschule für Musik, Theater und Medien Hannover in the class of Prof. Ina Kertscher

2003: First violin lessons with 6 years at the music school Ettlingen