“Oliwia is a highly gifted and curious musician, and she has a very interesting personality. She is very fast in learning new repertoire. Her cellistic abilities are unparalleled among her peers. Technically brilliant […], sound wise touching and very complex, she knows how to enthuse the audience.” – Prof. Konstantin Heidrich.

Since 2017 she is a member of the internationally acclaimed string orchestra, LGT Young Soloists. Together with the ensemble, Meiser appears on the 2018 Sony RCA release “Nordic Dream” as well as 2019 Sony RCA release “Souvenir”. For the albums she has recorded an original arrangement of “Eight Short Pieces, Op. 99, No. 3: III. Souvenir” by Jean Sibelius and Giovanni Sollima’s “Violoncelles, Vibrez!”. Oliwia forms a duo together with an internationally active concert pianist Daria Tudor. As an active chamber musician, she has performed from 2015-2017 as part of the Sine Nomine Quartet and in the season 2018/19 with Eostra String Sextet. Oliwia has been working closely with ensemble Eroica Berlin under the baton of Jakob Lehmann.

Among the most important competition prizes awarded to Oliwia are 1st prize at the International Cello Competition Antonio Janigro (Croatia), Golden Finalist title at the 8th International Music Competition and Festival for Soloists and Chamber Groups SVIREL (Slovenia) and 1st Prize at the International Competition of Bohdan Warchal in playing the bow string instruments ,,Talents for Europe” in Dolny Kubin (Slovakia). By 2019 Oliwia has received more than 30 awards both on the national and international competitive stage of classical music. She has participated in numerous festivals and is a member of acknowledged music groups. As part of her non-performing activities, she is a leader of numerous international music education projects. Since 2018 Oliwia is a member of the TONALiSTEN Agency. She was one of 12 active participants of the TONALi 2018 Publikumsakademie in Hamburg, Germany.

Oliwia is playing an outstanding Italian instrument of a high artistic and historical value made by Paolo Castello. The instrument is kindly loaned by a private sponsor. She is supported through a scholarship by the Deutscher Akademischer Austauschdienst and Ad Infinitum Foundation. 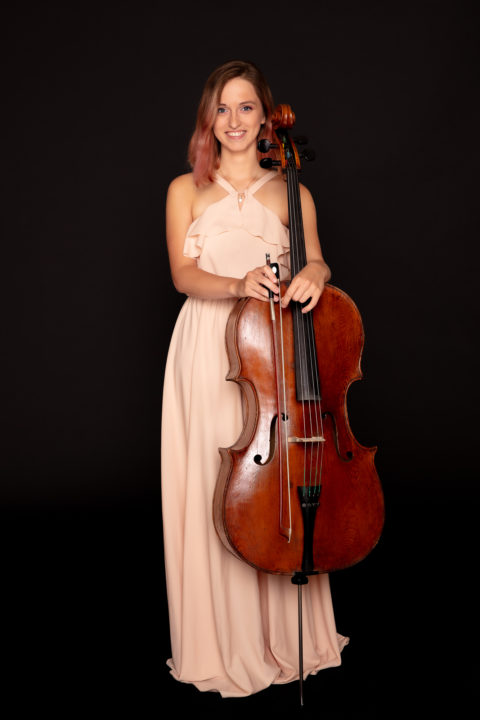 Student of the Karol Szymanowski Academy of Music in Katowice in the class of prof. Natalia Kurzac – Kotula

Student of the Youth Academy at the Karol Szymanowski Academy of Music in Katowice in the class of prof. Natalia Kurzac – Kotula

Student of the Ogólnokształcąca Szkoła Muzyczna I i II stopnia im. Fryderyka Chopina w Bytomiu (Frederic Chopin School of Music in Bytom) in the class of Maria Kubisa and prof. Natalia Kurzac – Kotula