Acclaimed by the New York Times as, “a force to be reckoned with…” Miclen LaiPang started his first violin lesson at the age of three, inspired by the work of his brother, a violinist in the Malaysian Philharmonic Orchestra. By the age of 9, he went on to win numerous competitions, including the grand-prize of the Merit Award Competition for the University of Redlands, the American String Teachers Association Competition, and Redlands Bowl Young Artist Competition. Since then, Miclen has performed in over 40 countries and has won multiple awards.

With a wide range of standard violin repertoire, he is also an advocate for the music of contemporary composers. He has performed and premiered pieces by Steve Reich, John Harbison, György Ligeti, Luciano Berio, Lansing McLoskey, Augusta Read Thomas, Christopher Theofanidis, and Thomas Sleeper. In addition to his classical career, Miclen has also enjoyed collaborations with artists such as Shelly Berg, James Newton Howard, Bruce Hornsby, Andy Farber, and Arturo Sandoval.

His primary mentors have included Ida Bieler, Charles Castleman, Ruggiero Ricci, and Alice Schoenfeld. His previous institutions are the Colburn School, Eastman School of Music, and University of Miami.

He is currently doing his Konzertexam at the Robert Schumann Hochschule with Ida Bieler.

Miclen performs on the 1714 Giuseppe Guarneri ‘filius Andreae’ “Sue Miller” violin generously donated by the Miller family and on loan by the Frost School of Music. 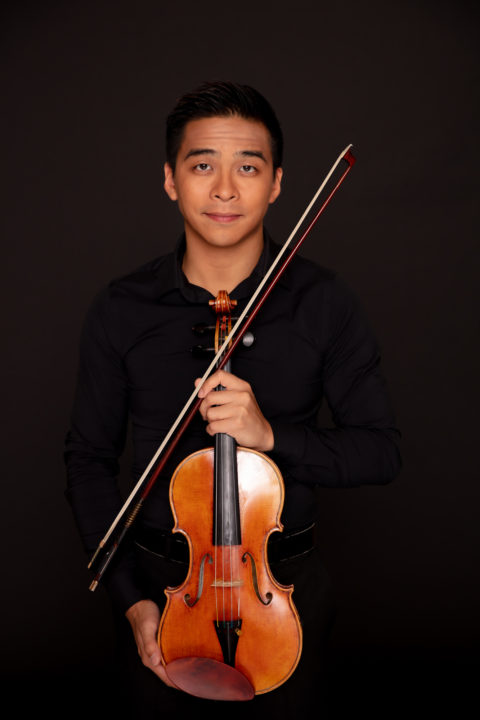