Music has been part of fifteen-year-old Luka Coetzee’s life for as long as she can remember. She began cello lessons with Christine Bootland at the age of one and now studies with cellists John Kadz, Johanne Perron, and Horacio Contreras. She also started playing piano at the age of three and currently studies with Derek Chiu. At age six, she shared the stage with violinist, Ning Feng at the sold-out Path to Virtuosity concert, as part of the Wyatt concert series of Mount Royal University Calgary.

This year, Luka received Second Prize in the Montreal Symphony Orchestra Manulife Competition as well as the Stingray Rising Star’s Award – Public’s choice. As the winner of the 2016 Calgary Concerto Competition, Luka performed as soloist with the Calgary Civic Symphony. She has also been invited to perform solo recitals at numerous concert series, including the High River Gift of Music, the Rising Stars concert series in Canmore, Alberta, and the St. Albert Chamber Music Society.

Luka has frequently appeared on radio and television globally including the Canadian Broadcasting Corporation who filmed a documentary on her life as an artist, the Canadian Press, Globe and Mail, the Calgary Herald, and Global TV. She has also worked with renowned artists including Johannes Moser, Frans Helmerson, Hans Jorgen Jensen, Laurence Lesser, and Richard Aaron, as well as renowned quartets including the Pacifica Quartet, Kronos Quartet, the Calidore String Quartet, and the Schumann Quartet.

Luka is passionate about outreach and frequently performs at hospitals, senior homes, and schools. Recently, Luka became the Calgary Regional Director of the Back to Bach Project – “a global initiative to inspire music and arts education to young children, and to teach them the value of hard work and passion.”

She has performed in many countries including Germany, Austria, the United States of America, Singapore, Hong Kong, Bangkok, Jakarta, Canada, and South Africa. 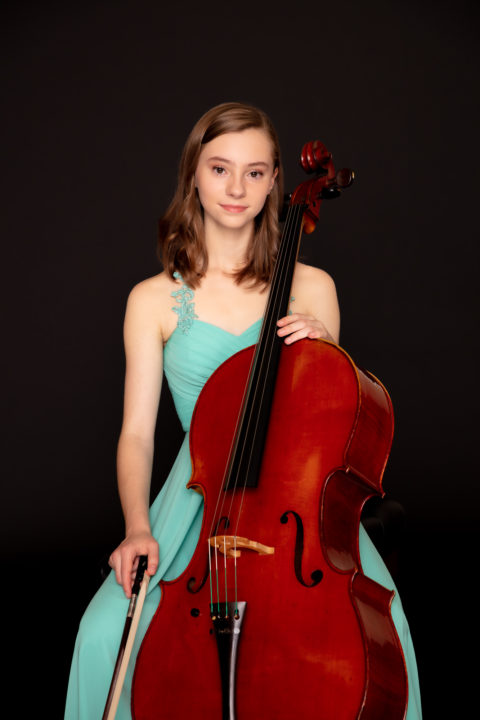