Leo was born in Heidelberg and started playing the violin at the age of five. His first teacher was A. Ostrowskij in Heidelberg and he was later taught by E. Plotkina, a former orchestral soloist with the Bolshoi Theater Orchestra in Moscow.

Leo began playing in concerts at a very early stage, performing in Heidelberg and the surrounding area as well as in Karlsruhe, Stuttgart, Berlingen and Neustadt an der Weinstrasse. He plays a violin made in Bohemia in 1880. Leo has also had the opportunity to perform on a 1734 Stradivarius “Wilmotte” violin in Shanghai.

Leo also plays the piano and enjoys composing music in his spare time. 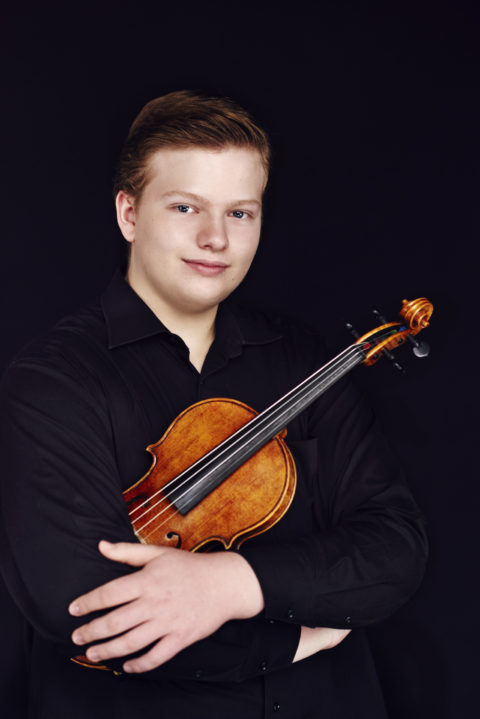 2009, 2010, 2011, 2014: First prize in the Karl Adler youth music competition in Stuttgart and debut as a soloist with the Paulus Orchester in Stuttgart, performing Bériot’s “Scènes de ballet”