Gerald Karni is an Israeli-born violist who comes from a musical family, mentored by his mother Jill Arbetter and his father, renowned violist Gilad Karni. Gerald’s recent summers include the viola master classes at the International Summer Academy in Vienna, Austria, the Keshet Eilon Master Course for Strings, and the David Goldman Program in Israel, where Gerald had the opportunity to be the leader of the viola section for the Israeli Youth Philharmonic and receive chamber music coaching at the Jerusalem Music Center that was established by Isaac Stern. In 2015, Gerald played the viola solo “Sancho Panza” in Strauss’s “Don Quixote” with the Boston Philharmonic Youth Orchestra, alongside Jonah Ellsworth and conducted by Benjamin Zander, on a European tour in venues that included Prague´s Dvorak Hall, and the Casino in Bern. Later that year, Gerald became a member of the West-Eastern Divan Orchestra and traveled to South America and Europe for concerts in the Teatro Colon, the Salzburg Festival, Berlin’s Waldbühne, the Lucerne Festival and the London Proms by invitation of Daniel Barenboim. Gerald is an active chamber musician and received an honorable mention with the Isolde Quartet at the Fischoff National Chamber Music Competition in May 2015. He has also already had the opportunity of collaborating with musicians such as Johannes Meissl (Artis Quartet), Marie-Luise Neunecker, Dag Jensen, and Andrea Lieberknecht. 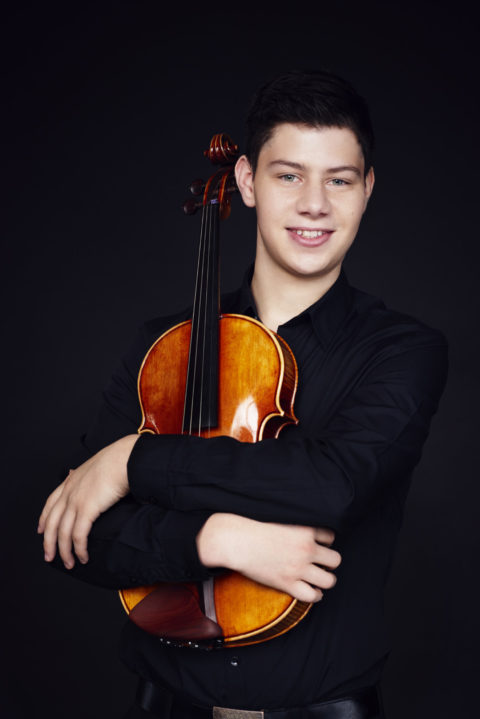