At the age of six, Frederick received his first violin lessons at school where he was initially trained in the English ABRSM system. Here he successfully completed his first violin exams and was invited to take part in the ABRSM “High Scorers’ Concert” held in Switzerland for the first time in the Spring of 2011.

In the Winter of 2011 Frederick was accepted at the “Zakhar Bron School of Music” in Zurich where he continued with his lessons with Liana Tretyakova. It was during this time that Frederick also had the opportunity to pursue master classes with Prof. Zakhar Bron including at the Sommerakademie Mozarteum Salzburg.

Since 2016 Frederick has been a student of Prof. Alexander Gilman, Artistic Director of the LGT Young Soloists.

Frederick has appeared regularly in concerts not only with the LGT Young Soloists in the Middle East, United States, Hong Kong, Singapore and Europe but also as a soloist with Orchestra in Russia and the Ukraine. 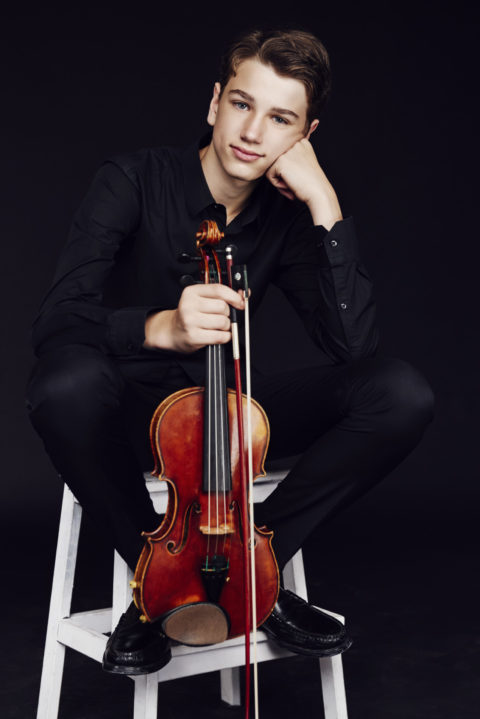