Italian violist Elena Accogli began her studies at the Conservatorio G.B. Martini in Bologna with Antonello Farulli before moving to London at the age of 14 to study at the Junior Royal Academy of Music with Jonathan Barritt and Jacqueline Woods. She now studies with Nathan Braude at the Royal College of Music, where she holds the Aston Lark Group scholarship. She has performed as a soloist, in chamber groups and orchestras, both nationally and internationally as well as in masterclasses such as with Mate Szucks, Martin Outram and Garfield Jackson.
A passionate chamber musician, Elena has performed much of the Classical and Romantic repertoire in various venues, such as the Sibelius Academy in Helsinki and Clarence’s House in London, an event hosted by HRH Camilla, Duchess of Cornwall.
Elena was principal viola of the National Youth Orchestra of Great Britain, an experience that led her to perform in a number of prominent concert halls around the UK such as the Royal Festival Hall, Bridgewater Hall, Birmingham Symphony Hall and the Barbican. She has performed several times at the BBC Proms and at international music festivals such as the Berlioz Festival in France and the Young Euro Classics in Berlin. She has taken part in orchestral projects including a side-by-side project with the Concertgebouw Orchestra, conducted by Daniele Gatti and the BBC Youth Ensemble, conducted by Sakari Oramo, involving a performance at the Last Night of the Proms. 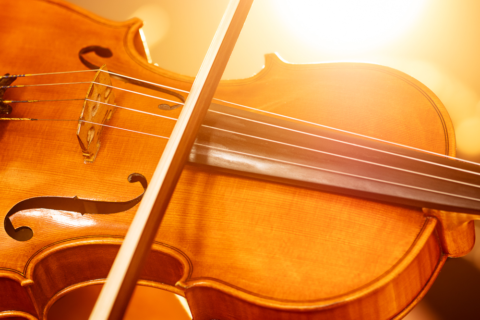