German-latvian violinist Christa-Maria Stangorra received her first violin lessons at the age of four. She was later offered a scholarship at the Purcell School in London and in 2013 joined the class of Prof. Tanja Becker-Bender in Hamburg. She is currently doing an exchange semester at the Haute École de Musique in Sion, studying with Prof. Pavel Vernikov. Masterclasses i.a. with Daniel Barenboim, Pavel Vernikov, Igor Ozim and Stephan Picard. She was awarded 1st prize at the national “Jugend Musiziert” competition in 2013 with an additional WESPE prize, 1st prize at the “Elise Meyer Competition” in Hamburg and the “GWK Music Prize” in Münster in 2014, 3rd prize at the international violin competition “Queen Sophie Charlotte” and a youth prize at the international violin competition “Leopold Mozart” in Augsburg in 2013, amongst many others.

Christa-Maria appeared several times at London’s Wigmore Hall, the “Schleswig-Holstein- Musikfestival” and the “Festspiele Mecklenburg-Vorpommern”, including solo performances with the Polish Chamber Philharmonic and the North German Philharmonic Orchestra. Chamber Festival invitations brought her to Switzerland, Greece and China. Lately she was invited to “Thy Chamber Music Festival” in Denmark, where she worked and performed together with Máté Szücs (solo violist of the Berlin Philharmonic). As a prizewinner of the Irino Foundation she gave various concerts in Tokyo/ Japan in 2014. One year later she gave her debut with the Asian Chamber Orchestra in Hongkong. Christa-Maria plays on a “Giovanni Grancino 1731” violin, kindly on loan from the Deutsche Stiftung Musikleben. 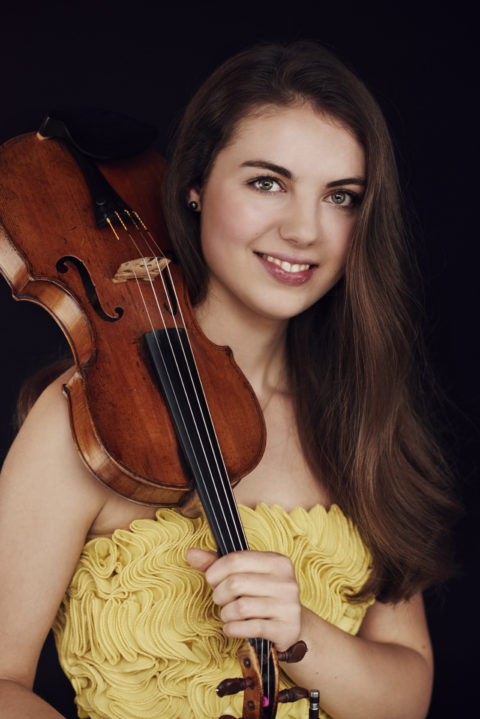 Since 2013: Bachelor study with Prof. Tanja Becker-Bender at the HfMT Hamburg

2015 to 2016: Exchange semester at the Haute École de Musique in Sion with Prof. Pavel Vernikov