Anuschka Pedano received her first violin lesson at the age of seven. However, inspired by Max Bruch’s beautiful Romanza for viola and orchestra and the wonderful warm sound of the viola she changed to viola lessons in 2009.  Anuschka now studies with Julia Dinerstein at the Young Talent Academy of the Hellendaal Institute/ Conservatory of Rotterdam. She has taken part in masterclasses by Michael Kugel, Dana Zemtsov, Mikhail Zemtsov and Alexander Zemtsov, Jürgen Kussmaul, Alexander Pavlovsky, Orfeo Mandozzi and members of the Emerson String Quartet. Anuschka has received 1st prizes at multiple competitions amongst which the Britten Viola Concours (2015) and the international competition “Concours Européen pour jeunes solistes” (2015).  She was also a finalist at the Concertgebouw Concours in Amsterdam (2015). In 2016 she received the Classic Young Master Award and the Sinfonia Award. Being a Classic Young Master she will receive a two year support trajectory. She is principal violist of the Young Talent Orchestra in Rotterdam directed by Mikhail Zemtsov. She has also been part of the Gióvani Kwartet, which won 1st prize at both the Prinses Christina, and the Tristan Keuris Concours. The Gióvani Kwartet was supported by the Zeister Muziekdagen and was coached by Alexander Pavlovsky, first violinist of the Jerusalem Quartet. Anuschka has given several concerts in the Netherlands, for example during the Grachtenfestival in Amsterdam and the Dutch National Viola Congress. She has performed as a soloist with the Britten Strijkorkest and the Young Talent Orchestra from Codarts-Rotterdam. This January she played solo with the Marinierskapel der Koninklijke Marine. Furthermore, she has performed in Argentina, Germany, Italy and in Moscow to which she was invited by the Spivakov Foundation during the festival Moscow Meets Friends 2016. 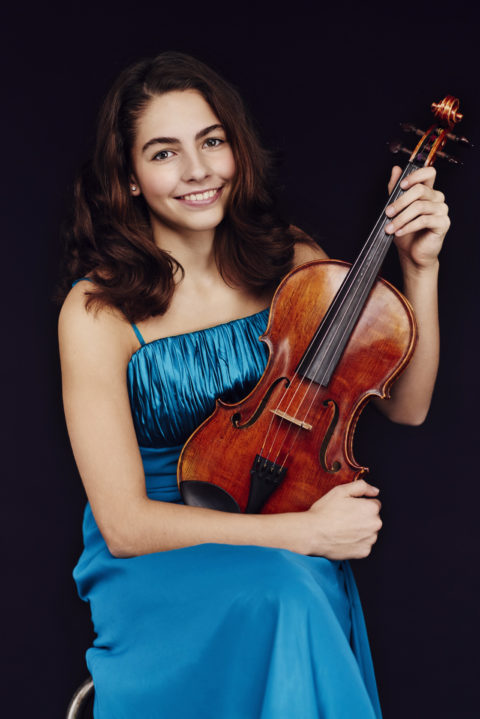