Born in 1999 in a musician family, Anna quickly showed interest for classical music and began playing the cello at the age of three. She studied at the Regional Conservatories of Grenoble, Toulon and Paris, and obtained at the age of 14 her Musical Studies Diploma (DEM) in the class of Hélène Dautry in Paris.
She then moved to the Junior Royal Academy of Music in London with Penny Driver, before being awarded a scholarship to begin undergraduate studies at the Guildhall School of Music & Drama. She studied in the class of Louise Hopkins and is currently in the class of Rebecca Gilliver.
Since 2019, Anna is a member of the renowned LGT Young Soloist ensemble.

During her studies, she has had the privilege to participate in masterclasses with renowned musicians such as Steven Isserlis, Gary Hoffman, Kyril Zlotnikov, Adrian Brendel, Xenia Jankovic, Natalie Clein, and principal cellist of the Berliner Philharmoniker, Martin Löhr.

Keen of chamber music, Anna participated in several festivals around Europe, including the Cello Akademie Rutesheim, Verao Classico, and had masterclasses with distinguished musicians such as Konstantin Lifschitz, Yejin Gil, Jan Bjøranger, Nicholas Daniel, The Endellion Quartet, The Danish String Quartet, and The Chilingirian Quartet.

Anna is the recipient of the 2019 Raphael Sommer Music Scholarship, which helps fund her future musical studies in the UK.
She is grateful for the support of the Guildhall School of Music & Drama and Talent Unlimited.

Beside playing the cello, Anna was an international competition gymnast until 2017. She won four times the title of French National Champion, and participated in international competitions in Slovakia, Portugal and England. She had the privilege to be a team member of the top 12 best team in France from 2012 to 2017. Anna won numerous prizes and distinctions, including a special prize from the president of the region for amazing achievement. 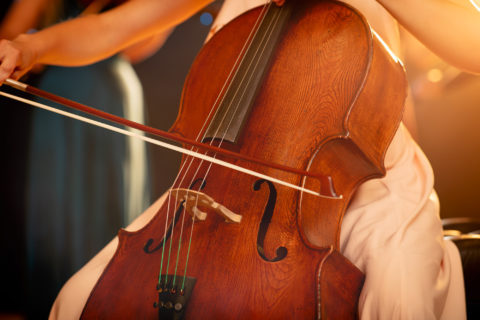