Amber started playing violin at the age of 5 as a pupil of Margaret Norris and later Natasha Boyarsky; in 2009 she joined the Royal Academy of Music’s Junior Department. As a student at Chetham’s School of Music 2014-16, she performed Mendelssohn’s Violin Concerto in E minor with Chetham’s Sinfonia at Manchester Cathedral, and received the Catherine Perkins Chamber Music Prize. Between 2016 and 2019 Amber attended the Royal College of Music’s Junior Department. She currently studies violin privately under the tutelage of Maciej Rakowski. She participated in Mastercourses with Pavel Vernikov, Maurizio Fuks (International Violin Mastercourse Kronberg Academy) and Kolja Blacher (Carl Flesch Akademie Baden-Baden).

A passionate chamber musician, together with her duo partner cellist Willard Carter, Amber performed at Wigmore Hall in 2017 and again in 2018 as part of the Royal College of Music’s annual Young Artists’ showcase concert. She took part in ‘Mit Musik – Miteinander’ at Kronberg Academy in September 2018, and is a regular participant at ‘MusicWorks’ chamber music coaching where she has worked with mentors including Catherine Manson, James Boyd, Robert Max, David Rabinovich, Robin Michael and Alasdair Beatson.

During recent years, Amber’s musical activities have been supported by generous grants from a number of UK trusts and foundations. Amongst these are the National Youth Arts Trust, Kathleen Trust and Spoff’s Chamber Music Scholarships. She is a 2017, 2018 and 2019 Junior Scholarship recipient at the Hattori Foundation.

Amber plays on a violin by Matthew Taylor from 1806. 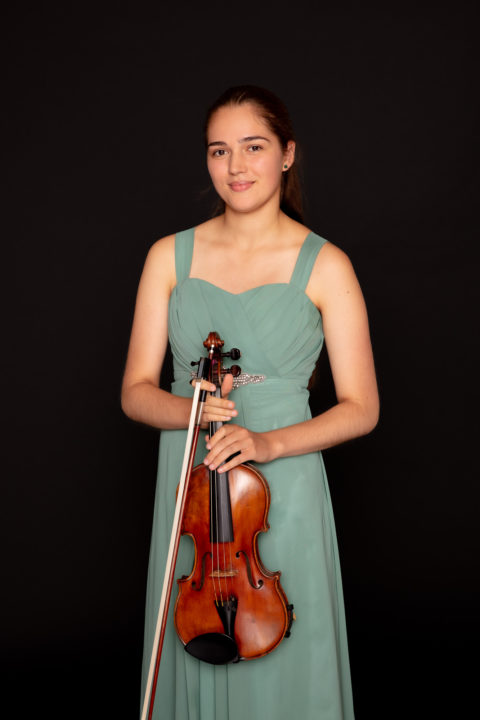