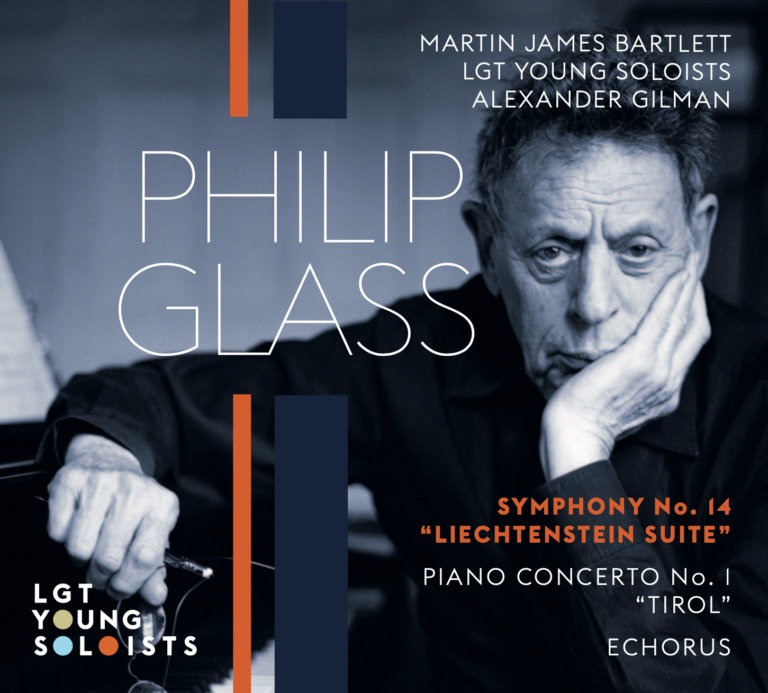 Orange Mountain Music is proud to present the world premiere recording of Philip Glass's Symphony No.14, commissioned and performed by the esteemed LGT Young Soloists. The album opens with a new recording of Glass's "Tirol Concerto" (2000) for piano and string orchestra performed by brilliant young pianist, Martin James Barlett as soloist. The stunning three-movement concerto is based on a traditional Tyrolean melody and receives a fresh new interpretation by the LGT Young Soloists - a virtuoso group of elite young musicians drawn from all over the world. The ensemble rounds out the album with a crystalline rendition of Glass's "Echorus" for two violins and strings from 1994. The piece is based on Glass's Etude No.2 and was created for violinists Yehudi Menuhin and Edna Mitchell. 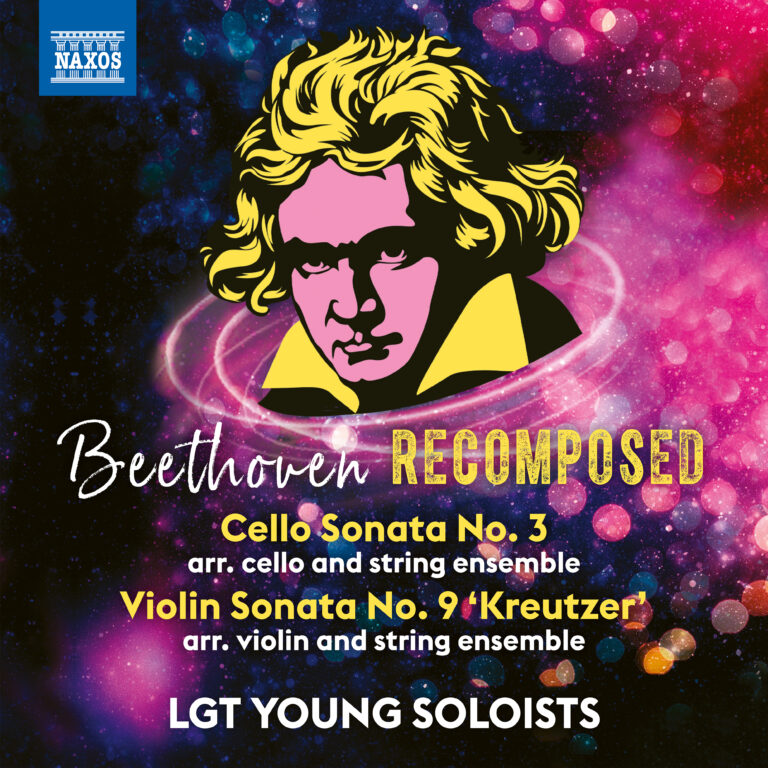 In celebration of the Beethoven Year, the LGT Young Soloists release ​Beethoven RECOMPOSED​ on the Naxos label, a world premiere recording featuring two of his monumental works – the famous ​Kreutzer Sonata ​Op. 47 and the Cello Sonata Op. 69 – in impressive new arrangements with a string orchestra accompaniment. 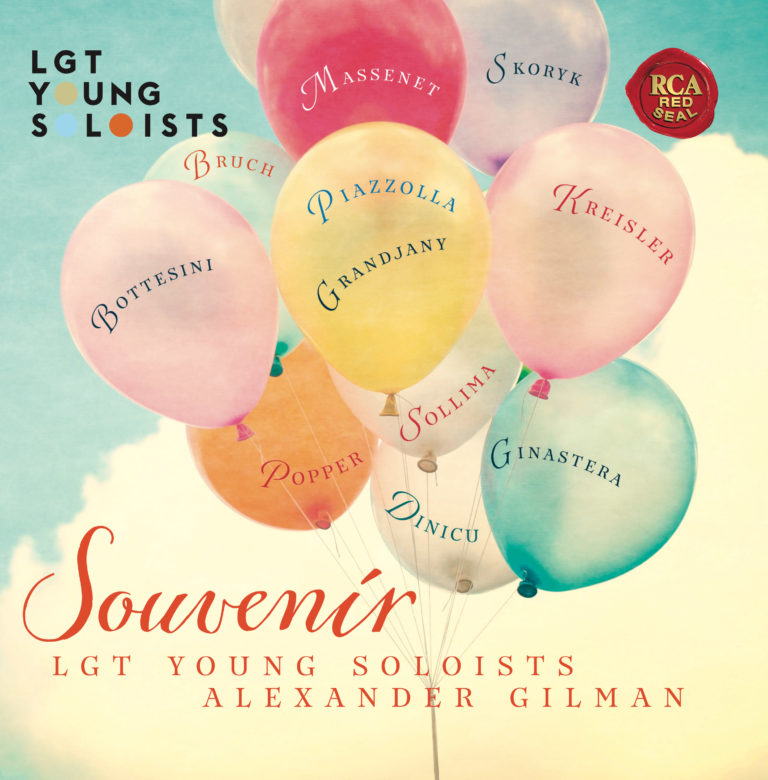 For their fourth album on RCA Red Seal, the LGT Young Soloists have chosen famous "encore pieces" primarily from the 19th century. Highly emotional music and bravura pieces that ignite a virtuoso firework display, fathom the technical possibilities of the string instruments to the extreme, but also appeal to passion and heart: sthada's famous "Liebesleid" by Fritz Kreisler, "Le Grand Tango" by Astor Piazzolla, the popular "Méditation" from Massenet's opera "Thaïs" and breathtakingly virtuoso: "Hora Staccato" by Grigoras Ionica Dinicu. 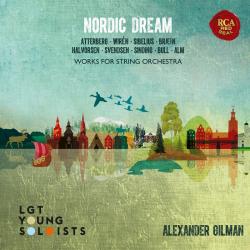 On their third album, the LGT Young Soloists dedicate themselves to the romantic sound world of Scandinavia.

Anyone who has experienced a bright June night in Scandinavia has an inkling why music by Nordic composers in the late 19th and 20th century has such an indescribable enchantment all its own. The young musicians of the LGT Young Soloists were fascinated by this Scandinavian repertoire and dedicated themselves to these pieces with great passion and delicacy. In addition to pearls of Nordic romanticism, such as Sibelius’ Valse triste and Svendsen’s Romance, the album contains curiosities and rarely-performed jewels by composers who gained little renown beyond the borders of Scandinavia. A special case in point is Two Poems for double bass solo and string orchestra by Jan Alm (b. 1955), which the double bass player and composer wrote for this album, making this a world premiere recording. 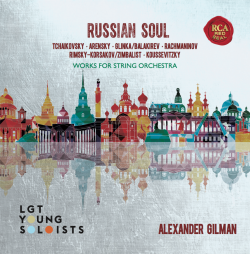 After the LGT Young Soloists became the first youth orchestra in the world to be taken on by RCA Red Seal/Sony, releasing their debut CD Italian Journey (2015) featuring mainly works by Italian composers, the young string players now turn east for their second release. The Moscow-based composer and arranger Paul Struck has arranged most of the works to be heard on Russian Soul especially for the LGT Young Soloists. Thus, Glinka’s The Lark, first transcribed for piano by Balakirev, is now heard in a completely new orchestration.

On Russian Soul, as Artistic Director Alexander Gilman notes in the CD booklet, the LGT Young Soloists use their fine-tuned sense for the soul’s vibrations and their own, intuitive approach to the melancholy music of great Russian composers to convey its full emotional breadth to their audience. Fine examples are their interpretation of Tchaikovsky’s Valse-Scherzo Op. 34, featuring the 20-year-old violinist David Nebel, of The Lark by Mikhail Glinka and M. A. Balakirev, performed by the 12-year-old Russian pianist Eva Medvedko, and Rimsky-Korsakov’s Serenade Op. 37, played by the 15-year-old Samuel Weilacher on the cello. Together and as an orchestra, the young talents of the LGT Young Soloists can be heard in Variations on a Theme by Tchaikovsky Op. 35a by Anton Arensky. 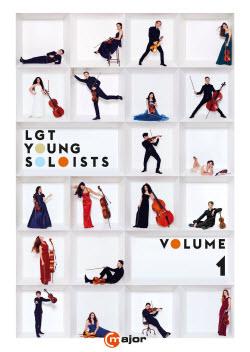 The young virtuosos of the LGT Young Soloists can now also be experienced in sound and images on DVD. The footage was shot during the summer of 2016, when the ensemble was orchestra in residence in St. Christoph am Arlberg in Austria. Their activities were documented by Bernhard Fleischer, the renowned producer of music videos, and his camera team. The DVD offers multi-faceted insights into the musical work of these great talents. It contains a live recording of the concert at the newly-opened art and concert hall “arlberg1800”, during which the LGT Young Soloists performed not only as an ensemble, but also as soloists. The concert programme offered Rachmaninoff’s Vocalise with Gerald Karni as soloist and the Gran Duo Concertante by Bottesini, which includes a soloistic dialogue between the violinist David Nebel and the double bass player Dusan Kostic, St. Paul’s Suite for string orchestra by Gustav Holst, as well as works by Bruch and Van Dijk. The bonus track features interviews with the ensemble members and their music director. Fleischer’s affectionate portraits capture the unique and incomparable spirit of the LGT Young Soloists, lending the DVD a special note and quality. 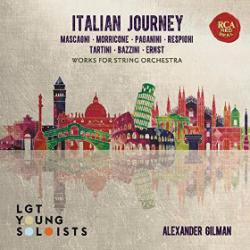 A group of highly gifted young string soloists between the ages of 12 and 23 have gathered to form a unique chamber orchestra, the LGT Young Soloists. Together they have won over 70 first prizes in national and international music competitions. The LGT Young Soloists project was launched in the summer of 2013 by renowned violinist Alexander Gilman and LGT. Their first CD includes Tartini's famous "Devil's Trill" sonata, arranged for violin and string orchestra, Mascagnis popular "Intermezzo" from his opera Cavalleria Rusticana, the love theme from the movie "Cinema Paradiso" and much more.